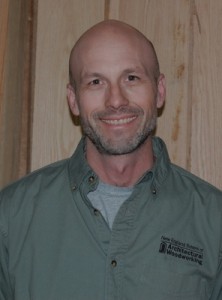 Greg’s lifelong love of woodworking began when he took a shop class at his high school in St. Paul, Minnesota. Although he became a computer engineer, he continued to follow his real passion and learn the craft of woodworking both on his own and through training programs at the Heartwood School, the Center for Furniture Craftsmanship and the New England School of Architectural Woodworking (NESAW) where he graduated from the cabinetmaking career training program in 2001.

After a career at several high-tech companies, including over a decade at Apple Computer, Greg and his wife Margaret moved from northern California to Massachusetts, where Greg began working as a cabinetmaker in a custom cabinet shop. There he discovered that his extensive knowledge of software development, manufacturing operations and systems, including process optimization, project management, and quality assurance, dovetailed perfectly with the growing technical sophistication of the architectural woodworking industry.

Greg was recruited to join the faculty at New England School of Architectural Woodworking and the couple eventually decided to purchase the school, bringing a new energy and a fresh approach to the curriculum.  Greg’s unique set of skills and close association with the cabinet construction industry, especially the unique needs of the small shop, eventually led to the creation of CabWriter.

Greg has served on the national board of directors of the Woodwork Career Alliance (WCA) since 2010 and currently serves as the organization’s vice president.

Greg and Margaret live with their son Eric in Southampton, MA where Greg recently built his own beautiful new kitchen using CabWriter. 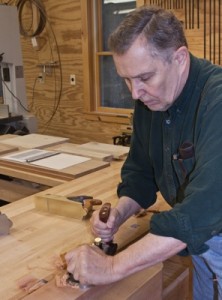 Joe Zeh, an accomplished lifelong woodworker, is an electrical engineer with more than 35 years experience in the computer and graphics industry, ranging from computer design to executive management. He retired as Vice President & General Manager, Desktop Graphics Development at ATI Technologies Inc., since acquired by AMD.

Joe was introduced to SketchUp when he read a Fine Woodworking article titled “A Quick Course in SketchUp” by Tim Killen in December of 2007. He immediately dropped the other 3D drawing applications he used to model his furniture. By mid- 2008, Joe was writing SketchUp tutorials and teaching live courses in his home.

Although Sketchup lacked a few features that would make it ideal for woodworkers, it did offer an applications programming interface (API) using the Ruby language. Joe set about learning Ruby and began to plug those holes. Shortly thereafter, Joe was introduced to Greg through one of Greg’s students. He began teaching SketchUp at Greg’s New England School of Architectural Woodworking (NESAW). That partnership was the beginning of CutList Bridge and CabWriter.

Joe teaches SketchUp in both video and live courses.He recently published a book titled SketchUp – A Design Guide for Woodworkers and offers free SketchUp plans and help on his blog.